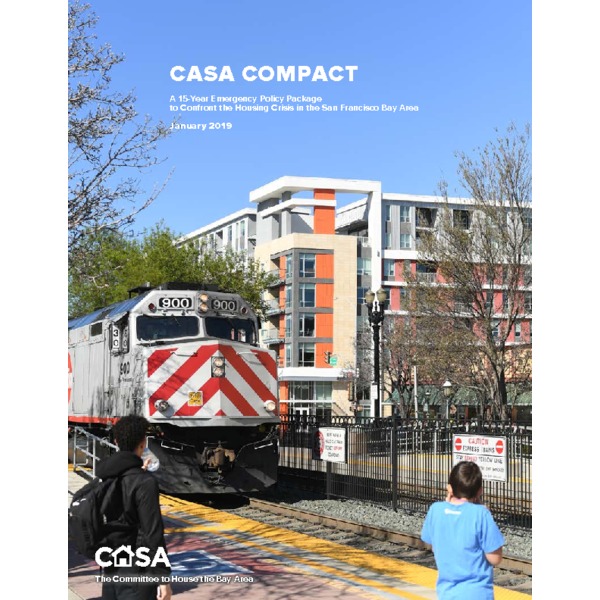 The Bay Area faces many pressing regional problems — traffic congestion, air pollution, the threat of earthquakes and other natural disasters, to name a few. But the housing shortage has reached crisis proportions. During our remarkable run of economic expansion since the Great Recession ended in 2010, the Bay Area has added 722,000 jobs but constructed only 106,000 housing units. With housing supply and demand that far out of whack, prices have shot through the roof and long-time residents as well as newcomers are suffering the consequences. In one of the wealthiest metropolitan areas on the planet, tens of thousands of our fellow citizens are ill-housed or not even housed at all. Many more families are just one missed paycheck away from eviction. While the recent wildfires have underscored the devastating effects of suddenly losing a home, the reality is that too many Bay Area residents face that situation every day. Our housing crisis is also a transportation crisis. Nearly 190,000 workers commute from outside the nine-county Bay Area to the business parks of Silicon Valley and the Tri-Valley, and more than 220,000 East Bay residents cross the toll bridges to the Peninsula every day. Driven by the search for reasonably-priced housing, these “supercommuters” are clogging the roads and transit systems that we all rely on. The Bay Area faces a housing crisis because we have failed at three tasks: (1) we have failed to produce enough housing for residents at all income levels; (2) we have failed to preserve the affordable housing that already exists; and (3) we have failed to protect current residents from displacement where neighborhoods are changing rapidly.
Download Link