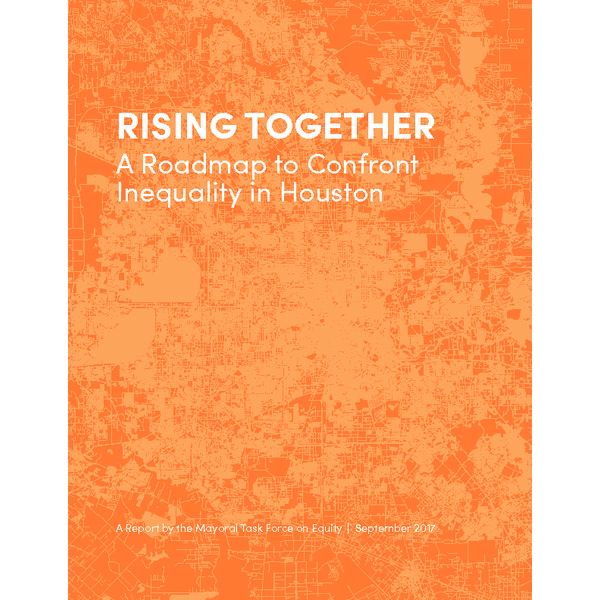 Houston is one of the most inequitable cities in the United States. Households with incomes in the top 5% earn nearly 10 times more than households in the bottom 20th percentile. Thus, it is not surprising that while Houston ranks as the second-most prosperous city in the United States and the fifth fastest-growing, it only ranks 64th on a list of most economically inclusive cities. This staggering contrast between general wealth and individual welfare in our city creates both an enormous challenge and a great opportunity to improve lives through effective public policy. Mayor Turner is the best-situated elected leader in the South to embrace equity as a driving principle of his administration. He has an opportunity to demonstrate a model for the region that advances transformative policy shifts, which could impact millions of lives. Mayor Turner launched the Complete Communities initiative earlier this year, a program focused on transforming historically under-resourced communities by developing solutions in partnership with residents and leaders that are tailored to each neighborhood. The goal is to expand access to quality affordable homes, jobs, parks, improved streets and sidewalks, grocery and retail stores, good schools, and transit options. To build on this effort, Mayor Turner created the Mayoral Task Force on Equity, charging it with developing actionable policy recommendations to make Houston a more equitable city.
Download Link