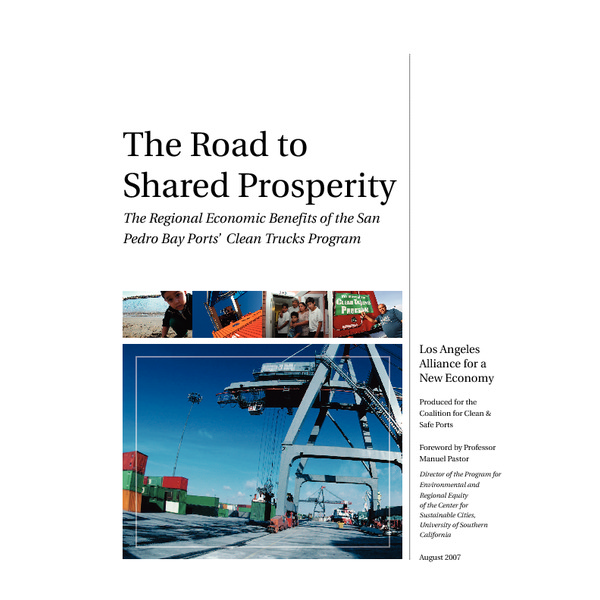 This report analyized the potential impact of the proposed LA and Long Beach Clean Truck Programs. They how that these programs would not only imporve the environment but would also have large financial benefits for the truck drivers and their communtieis.

From Clean to Clunker: The Economics of Emissions Control 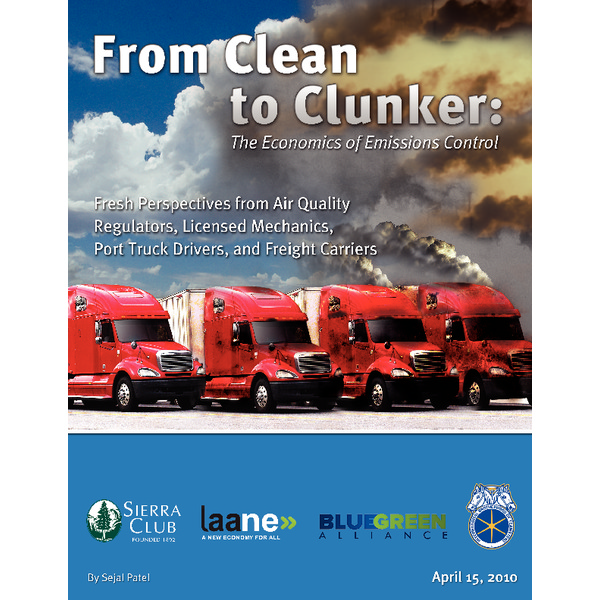 This report evaluates the enivronmental, economic, and labor impact of the Port of Los Angeles Clean Truck Program which resulted in a massive reduction in diesel emissions. The report finds the program was expertly designed to reduce emissions without putting the bulk of the burden on vulnerable low wage truck drivers. 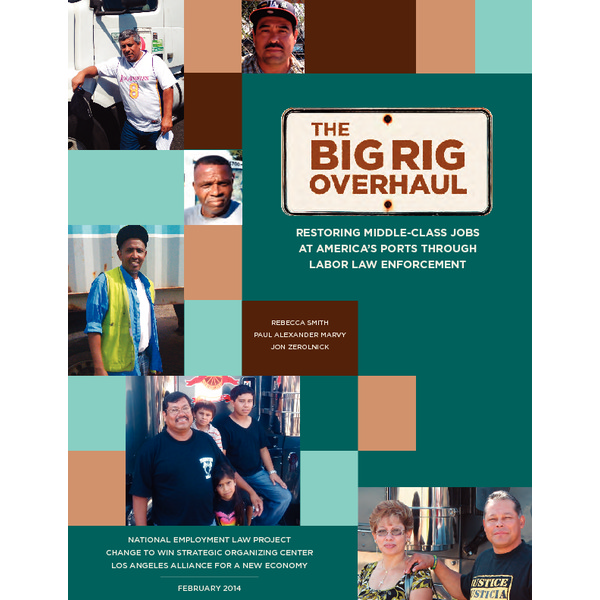 In The Big Rig: Poverty, Pollution, and the Misclassification of Truck Drivers at America’s Ports, we examined changes in labor practices in the port trucking industry. These changes, originating in the 1970s, have led to the development of an industry characterized by “fierce competition, ever-increasing service requirements, a contingent workforce, poverty level wages, no health care coverage, rampant safety violations, [and] ineffective or illusory enforcement.” Such conditions are now increasingly common among American workers and feature prominently in debates about burgeoning inequality in the country. Our research found the dire working conditions of port truck drivers to have flowed from the practice of treating employees as if they were ‘independent contractors,’ an illegal practice called misclassification. At the time, there were practically no official government investigations to verify our findings despite a host of enforcement agencies being responsible for preventing misclassification.

Building Opportunity: Investing in our Future through a Port Construction Careers Policy 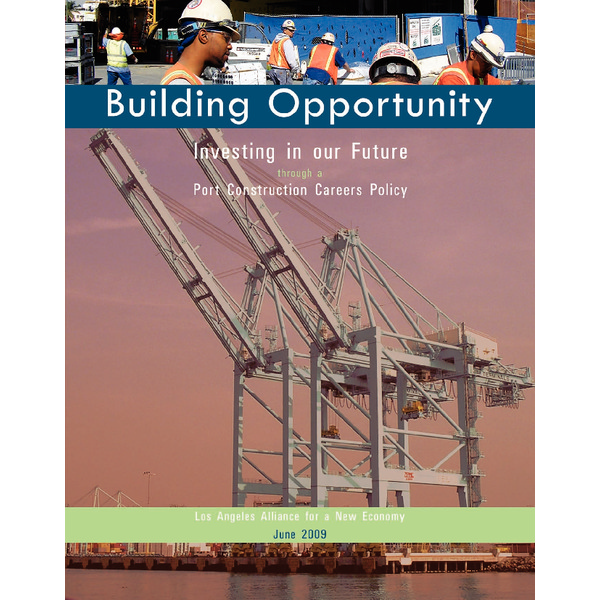 At a time when Los Angeles is losing tens of thousands of jobs, planned public investment in our infrastructure remains a bright spot, offering the potential to stimulate the economy and create good jobs. A key target for infrastructure investment is the Port of Los Angeles, the busiest port in the United States and one of the primary economic engines of Southern California. Port officials are planning to invest $3.7 billion on a capital improvement program expected to create an estimated 13,700 construction jobs over the next ten years, according to a LAANE review of proposed projects. This is good news for an industry that has lost more than 23,500 jobs in Los Angeles County since 2008 due to both the housing and financial crises. The Port’s capital investment plan represents an opportunity for communities that have been hit hard by the recession. It also represents a potential opportunity for residents living directly adjacent to the Port who have not benefited economically from the Port’s rapid growth over the past 15 years, but have, nonetheless, suffered the environmental consequences of it. 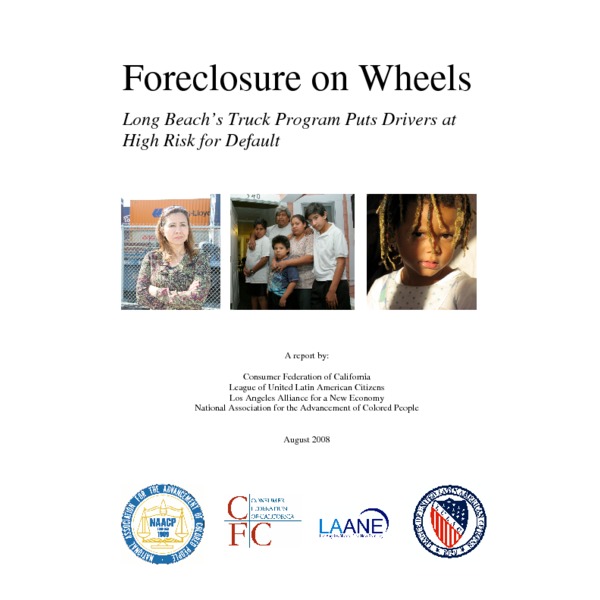 This report outlines the issues with Long Beach's Clean Trucks Program which made truck drivers not the companies bare the costs of the reforms. This further contributes to their independent contractor status. 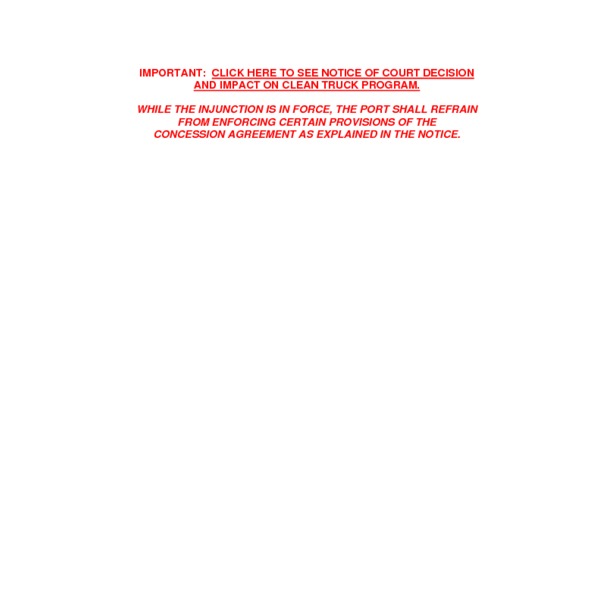 The Clean Truck Program at the Port of Los Angeles was designed to make the trucks at the city's ports more environmentally friendly. The Program reduced emmisions at the port drastically. Importantly, the project was designed such that it do not allow port companies to shift the costs of the truck upgrades on to the drivers.

OUT OF STEP: How Skechers Hurts Its California Supply Chain Workers 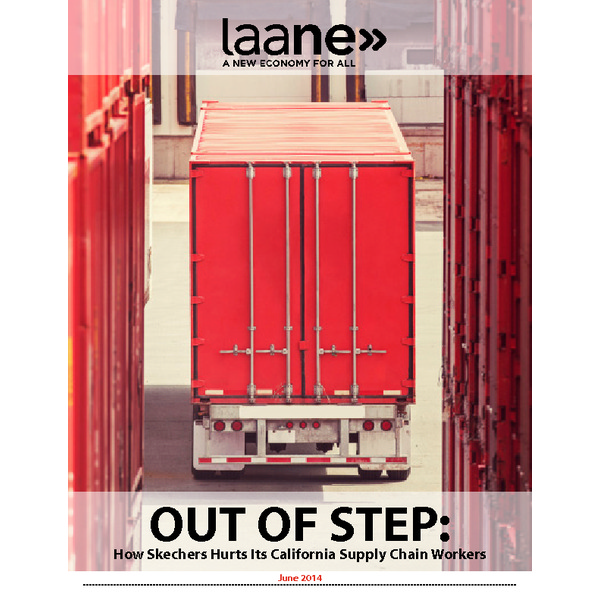 This report examines the working conditions at two of Skechers’ contractors in Southern California: Green Fleet Systems and Olivet International. Green Fleet Systems is Skechers’ primary port trucking contractor. Each year, Green Fleet’s truck drivers move thousands of shipping containers filled with millions of dollars worth of Skechers shoes from the Los Angeles ports to Skechers’ main distribution center in Moreno Valley. The second supplier, Olivet International, distributes Skechers’ branded luggage and bags from its own warehouse in Riverside County to retail stores across the country. The report’s findings, based on public records research and extensive interviews with current and former workers, are disturbing. In its own backyard, Skechers contracts with companies that misclassify workers as “independent contractors,” engage in illegal wage practices, expose workers to unsafe working conditions, and retaliate against workers who speak out against these practices.