Progressive reform requires funding. Every officeholder must deal with budgets and revenue streams, and sufficient sources of revenue are critical to realizing the progressive agenda. Some significant untapped revenue streams exist that could facilitate programs such as equitable housing or fully funded public schools.

Several revenue streams are widely underutilized. Recreational marijuana can generate millions in taxes while providing substantial ancillary benefits such as reduced opioid overdose death rate; similarly, carbon pricing and congestion taxes would simultaneously provide significant new revenue streams while addressing major social problems. Generally, new revenue streams are unpopular due to the associated taxes; in some cases, they may be achieved by increasing efficiencies and reducing waste. For instance, healthcare costs and incarceration costs are so substantial that they impact families’ ability to maintain or increase income and spending; alleviating pressure in these areas would increase the overall available budget of government while expanding total revenue.

There are multiple strategies that can maximize existing revenue streams and creating new sources for raising local revenue, including:

There are obvious ongoing problems to generating revenue. Taxes are politically unpopular, and the surest form of revenue generation. Developing efficient programs at the local level can maximize available funding impact, and audit programs that evaluate efficacy can broadly improve government efficiency. Challenges to local revenue streams include: 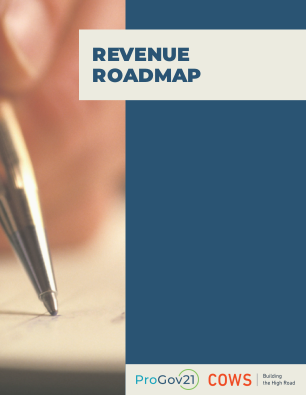